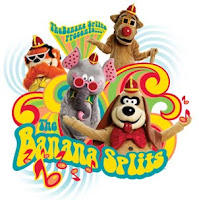 One of the most convenient ways to promote the manufactured sound of bubblegum music was through Saturday morning TV shows and cartoons. Produced by Hanna-Barbera Productions in 1968, The Banana Splits Adventure Hour was a TV program that featured both live action and animated segments, hosted by a bubblegum rock group of comedic animals characters. The show's songs were provided by studio professionals, and released an album titled We're the Banana Splits in '68 with the show's theme actually breaking into the Billboard chart. Goofy animals aside, this song ("Wait Till Tomorrow") isn't half-bad with its harpsichord intro, but even more interesting is this great footage of late-'60s San Francisco! 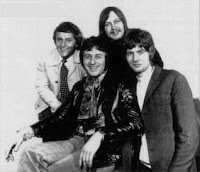 Remember the British pop music group The Flower Pot Men from our Flower Power Series last summer? In 1969, with studio vocalist Tony Burrows (you know, that guy who also sang "Love Grows (Where My Rosemary Goes)" with Edison Lighthouse), The Flower Pot Men evolved into another studio creation called White Plains. The group released several hits songs including their top-selling single "My Baby Loves Lovin'," which was record in October of 1969 and reached #13 on the US charts in early 1970. In this performance on Top of the Pops, the song's co-writer, Roger Greenaway, is lip-syncing the lead vocals, while original lead singer Burrows was also featured in this same episode, singing lead with Edison Lighthouse and Brotherhood of Man (another umbrella title for the frequently-changing line-up of session singers). 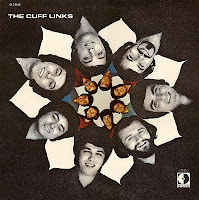 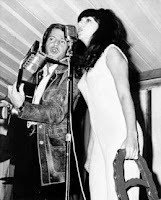 And speaking of Ron Dante and the fictional band The Archies, we all know that "Sugar Sugar" (featured here) was one of the biggest hits of the bubblegum pop genre. Created by Monkees' producer Don Kirshner in 1968, The Archie Show was a Saturday morning cartoon series featuring a teenage garage band; definitely another great vehicle for the production of bubblegum songs. One distribution mode for The Archies' 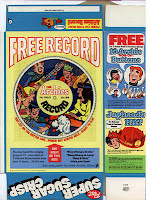 music was actually cereal boxes, in which an embossed cardboard record in the back of the box could be cut out and played on a turntable (like on this Post brand cereal box). Before "Sugar Sugar," their first single, "Bang-Shang-A-Lang," reached #22 in 1968, and is featured in this episode below along with the "Dance of the Week" (conveniently called The Bubblegum). Ron Dante is pictured above with singer Donna Marie who recorded the female vocal parts for the animated group.