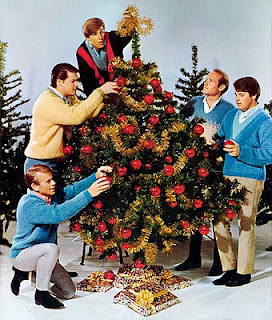 Well, I realize it's still November, but if you love the sounds of the Christmas season, you should enjoy the next several weeks here at The '60s Beat. I'll try to keep the descriptions more brief, but we all know how rare that is on this blog...

To kick off the Christmas spirit, how about a cheery tune from that favorite vocal surf pop group, The Beach Boys! Written by Brian Wilson and Mike Love, "Little Saint Nick" went to #3 on the Billboard Christmas charts after its release in December of 1963. It borrows its rhythm and structure from the group's "Little Deuce Coupe," a hit a few months prior. Although that year saw a media-hushed Christmas as the country mourned the recent death of JFK, the single did go into the Top Tens for record sales in dozens of cities, and eventually became an unofficial million-seller. This footage is definitely from later in the '60s when Love started sporting a beard. 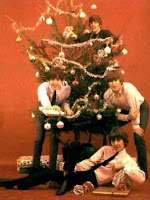 And here are some of our favorite Brits with a Christmas greeting, wishing Beatle fans a "Happy Crimble!" 'Crimble' was a slang word for Christmas coined by The Beatles in 1964 (more likely John Lennon, who enjoyed wordplay), and has come into general use among Liverpudlians. The greeting is followed by an excerpt of "Christmas Time (Is Here Again)," a song written by all four Beatles for their 1967 fan club Christmas record. These Christmas records included spoken and musical messages on a flexi disc and were issued each year between 1963 through 1969 for official Beatle fan-club members in the UK and US. 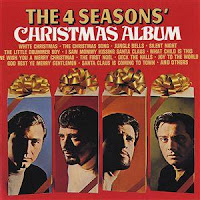 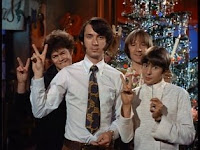 And for this post's finale, you get two more Christmas videos, brought to you by the zany and lovable Monkees. This first holiday clip comes from their 1967 Christmas episode where the foursome try to instill the spirit of Christmas in a cynical little boy (played by Butch Patrick a.k.a. "Eddie Munster"!).

Finally, this last clip (also from the Christmas episode) is a impressive performance by The Monkees as they sing an a-cappella rendition of the 16th Century Spanish carol, "Riu Riu Chiu." Sung in Olde Spanish, the lyrics refer to the nativity of Jesus and the virgin birth.
Although this post is kind of concluding on a melancholy note, I think you'll enjoy this Christmas beauty. (And in case you were wondering, they're holding incense; this was a family show, so these guys wouldn't be caught dead smoking!). Peace, Love, and Happy Christmas!

Up On The Roof 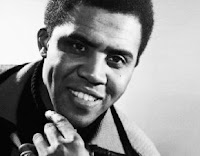 Soul Music: Part 4
Continuing with successes from Hitsville, USA (a.k.a. Detroit, MI), American soul singer Jimmy Ruffin had several hits in the '60s and '80s, and is the older brother of David Ruffin of The Temptations. First joining Motown Records in 1961, followed by a few years of service in U.S. Army, Ruffin finally scored his breakthrough hit in June of 1966 with "What Becomes of the Brokenhearted." This beautiful ballad was his only Top-10 hit, peaking at #7 on the Billboard charts and #6 on the R&B Singles chart, and remains one of the most revived of Motown's hits. The original recording initially included a spoken introduction by Ruffin, however, it was left out of the final mix, thus making for an extra-long instrumental intro. The only video footage I could find comes from a performance that Ruffin gave on British TV in about 1975, which does include those original spoken lines at the beginning. 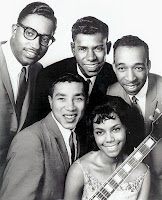 Before they were known as Smokey Robinson & the Miracles (from 1965 through 1972), The Miracles were the first successful act for the Motown Record Corporation. Not only were they one of Motown's signature groups of the 1960s, but their leader, Smokey Robinson, became one of most successful songwriters and record producers of all time. Even maintaining success during the British Invasion, they were actually a major influence on many British bands at the time. Among their fifty hits that charted, their first million-selling single was "Shop Around" released in the fall of 1960. Written by Robinson and Motown CEO Berry Gordy, this early soul single reached #1 on the R&B charts, #1 on the Cashbox, and #2 on the Billboard charts. Although not included in the video footage, the female in the group, Claudette Robinson was Smokey's wife who sang background vocals. Here's another classic tune ranked among the 500 Greatest Songs of All Time.

Frequently featured on the '60s Beat, Diana Ross & the Supremes are America's most successful vocal group to date, with twelve #1 singles on the Billboard chart. Their success helped make it possible for future African-American soul and R&B musicians to gain mainstream success. Their consecutive hit singles in the mid-'6os included "Stop! In the Name of Love," which remained at #1 for a few weeks during the spring of 1965, and was nominated for the 1966 Grammy Award for Best Contemporary Rock & Roll Group Vocal Performance. In addition to this song making the permanent collection of the 500 Songs that Shaped Rock and Roll, the song's choreography, with the outstretched "stop" gesture, is also legendary. Members of The Temptations taught the girls the routine backstage in London before their performance on a Ready, Steady, Go! special featuring Motown music, hosted by Motown enthusiast Dusty Springfield (as seen below!). 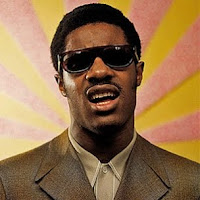 Joining the Motown Records Corporation at the age of 11, American singer-songwriter and multi-instrumentalist Stevie Wonder is going on fifty years of a successful music career and is the most awarded male solo artist of all time. Although the 1970s saw his most classic era of recording, he did score some big hits while still a teenager in the '60s. Released on his seventh studio album in August of 1967, "I was Made to Love Her" peaked at #2 on the pop chart, and spent four straight weeks at #1 on the R&B chart. Written by Wonder with his mother Lula Mae Hardaway, Sylvia Moy, and producer Henry Cosby, this soul song features Wonder's signature harmonica sound in the introduction, as well as strings following the bridge section. The song has some interesting covers including a version by guitarist Jimi Hendrix with Stevie Wonder on drums. Although blind from birth, it's as if Wonder has a sixth sense for creating fantastic music. 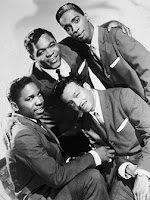 We'll conclude our Soul Series with a childhood favorite of mine, the long-lived American doo-wop and soul/R&B vocal group from New York City, The Drifters. Although the group was a revolving door with its members and peaked in popularity was from 1953 through 1963, splinter groups continue to perform today. Having a completely different lineup by 1958, led by Ben E. King ("Stand By Me"), these "New" Drifters are widely considered to be the "true" golden age of the group and have received Pioneer Awards from the Rhythm & Blues Foundation. Released at the end of 1962, "Up on the Roof" became a big hit in early '63, reaching #5 on the U.S. pop chart and #4 on the R&B chart. Written by the Brill Building songwriting team Gerry Goffin and Carole King, this timeless song has been described as "a remarkable pop song for 1962" with "first-rate, sophisticated writing." My family had a Drifters' Greatest Hits cassette tape that was played numerous times on roadtrips, yet this music really never gets old to me. Here's another one of those 500 Greatest Songs of All Time (#113), as well as one that Shaped Rock and Roll, performed by one of the 100 Greatest Artists of All Time (#81).
\
Posted by Leah at 2:34 PM No comments: 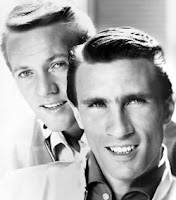 Jumping back into our Soul Series, we'll continue with The Righteous Brothers, the 'blue-eyed soul' musical duo featuring Bill Medley (bass vocals) and Bobby Hatfield (tenor). From Los Angeles, California, they adopted their name while performing together as part of a five-member group called The Paramours, when at the end of one performance, an African-American Marine in the audience shouted, "That was righteous, brothers!" Beginning their career as a duo in 1963 and continuing to perform together until Hatfield's death in 2003, they are known for recording the most played song in radio history. Released in December 1964 (note: during Beatlemania), "You've Lost That Lovin' Feelin'" became a #1 hit single in the US and the UK, and has since been ranked #34 of the 500 Greatest Songs of All Time. One of the foremost examples of producer Phil Spector's "Wall of Sound" technique, this song was one of the most successful pop singles of its time, even though the song's length exceed the standard for radio airplay then. Unfortunately, I heard this song so many times during my childhood that I've kind of lost that lovin' feelin' for it. 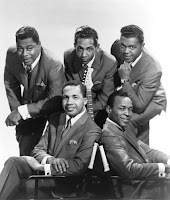 American musician Ray Charles was a founding father of soul music in 1950s by infusing R&B, gospel, and blues styles into his music, and racially integrated country and pop music in the 1960s. Due to glaucoma, he was completely blind by age seven, however, it was while attending a school for the blind where he developed his musical talent. With his career spanning several decades from 1947 till his death in 2004, this Georgian native is considered one of the greatest singers of all time. He was also one of the first African-American musicians to be given artistic control by a mainstream record company. Released in September 1960, Charles' blues version of "Georgia on My Mind" received national acclaim and a Grammy Award, reaching the #1 spot that November. This recording inspired many cover versions to follow, and in 1979, was declared the official state song of Georgia. 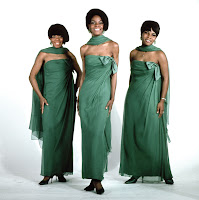 First featured during Motown Week, Martha and the Vandellas were one of the most popular performing acts from Motown Records during the mid-60s. With their hard-driving instrumentation sound, several of their songs are among the 500 Greatest Songs of All Time including "Nowhere to Run." Released as a single in February 1965, this pop/soul tune reached #8 on the pop charts and #5 on the R&B charts. Written by Motown main production team of Holland-Dozier-Holland, the Funk Brothers (Motown's studio musicians) used snow chains as percussion along side tambourine and drums to emphasize the heavy beat. Heavily played by the troops in the Vietnam War, its brass-heavy arrangement and chorus of "nowhere to run, nowhere to hide" have also made this a popular song at sporting events. Among many accolades over the years including one of the greatest artists of all time, these girls were awarded the Pioneer Award at the Rhythm & Blues Foundation in 1993.