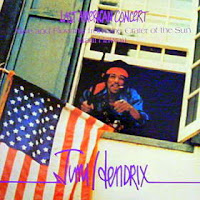 Despite the unpopularity of the Vietnam War, one of the few songs from the 1960s to cast the military in a positive light was "Ballad of the Green Berets" by Staff Sergeant Barry Sadler. While recuperating from a led wound suffered as a medic in Vietnam, SSgt. Sadler wrote this song with Robin Moore in honor of Green Beret James Gabriel Jr., the first Native Hawaiian to die during the war, executed by the Viet Cong while on a training mission in 1962. During a year when British Invasion bands dominated the charts, this song was the #1 hit in the U.S. for five weeks in 1966 and sold over nine million records. Here's a performance of this wonderful, patriotic tune after its debut in January 1966: 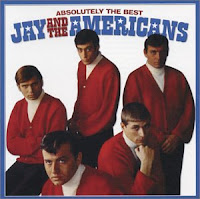 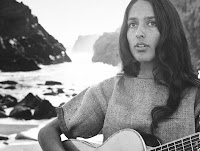 American funnyman Stan Freberg has been known for many things including comedian, recording artist, animation voice actor, radio personality, puppeteer, and author, just to name a few. Beginning his career in 1944 as voice actor for Warner Bros. cartoons, he went on to become an on-screen actor in comedy films in the 1950s, followed by making satirical recordings for Capitol Records. In 1961, he released Stan Freberg Presents The United States of America: Vol. One, The Early Years, a comedy album that combined dialogue and song in a musical theater format, which parodied the history of the United States from 1492 to the end of the Revolutionary War in 1783. Below, I've posted the 'Declaration of Independence' sketch from this album, which was particularly a satire of McCarthyism. If you have the time, this classic stuff is worth a listen.

Singer-songwriter Dion (Dion DiMucci) was one of the most popular American rock and roll performers of the pre-British Invasion era with over a dozen Top-40 hits in the late 1950s and early '60s (like "Runaround Sue"). As the public's taste changed, he regained popularity in the late '60s and early '70s with more mature music, breaking from his teen idol stigma. Released in late 1968, Dion had another major American hit with the folk rock song "Abraham, Martin, and John," a tribute to the icons of social change, Abraham Lincoln, Martin Luther King Jr., John F. Kennedy, and Robert F. Kennedy. Written by Dick Holler, it was in response to the recent assassinations of MLK Jr. and RFK in April and June of that year. The original recording is arranged nicely, opening with oboe and violin, as well as several harp flourishes, however, this is a even mellower performance by Dion with choral accompaniment on the Smothers Brothers Comedy Hour.

Known for starting the "historical ballad" craze of the late 1950s and early '60s, Johnny Horton was an American country music and rockabilly singer that had several major successes. He is greatly remembered for his contributions in those genres, however, his career was short-lived when he died in 1960 at the age of 35 (he started having premonitions that he would be killed by a drunk and was in fact killed in a car accident caused by a drunk driver, yikes). His most notable song was "The Battle of New Orleans," which was released in 1959 and earned him a 1960 Grammy Award for Best Country & Western Recording. With comical lyrics, this fun tune describes the 1815 Battle of New Orleans from an American soldier's point of view. Ranked among the Recording Industry Association of America's "Songs of the Century" in 2001, this is the #1 country song to score the Billboard chart, and clearly remains a wonderful, American classic. (I have my dad's old 45 and apparently those are worth a lot!)


Happy 4th of July from The '60s Beat, and thinking of all the men and women who sacrificed for our freedom!