Farewell to a Sweet Singer 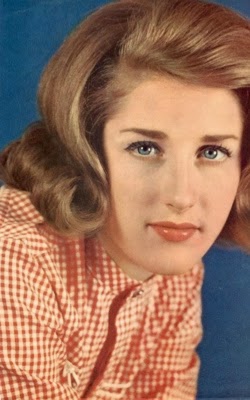 This week on February 16th, New Jersey pop singer Lesley Gore died of cancer at the age of 68. In 1963 when she was 16 years old, Gore recorded the hit "It's My Party," and followed it up with other hits including "Judy's Turn to Cry" and "You Don't Own Me." She also worked as an actress and composed songs with her brother Michael Gore for the 1980 film Fame, for which she was nominated for an Academy Award.

Gore was a junior at an all-girls' school when "It's My Party" (produced by Quincy Jones) became a #1 hit. It was later nominated for a Grammy Award for rock and roll recording, sold over one million copies, and was awarded a gold disc. Here's a cute live performance of the tune that continues to have quite a legacy.


Gore's second most successful hit was "You Don't Own Me," released in late 1963 and reached #2 on the Billboard chart right behind The Beatles' "I Want To Hold Your Hand." The song's lyrics became an inspiration for younger women and played in a major factor in the rise of the second wave feminist movement. Here's more live footage from the T.A.M.I. Show concert film in 1964. 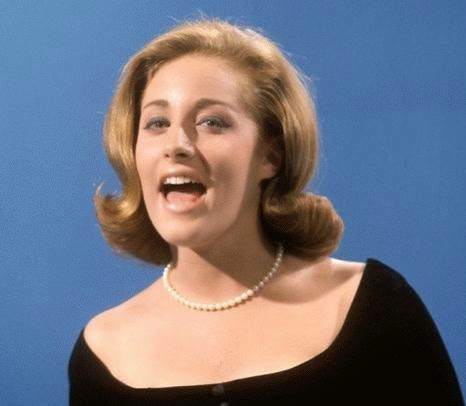 Gore recorded composer Marvin Hamlisch's first hit composition, the Grammy-nominated "Sunshine, Lollipops and Rainbows" (#13), and as well as other Hamlisch tunes like "California Nights," which reached #16 on the Billboard chart in 1967 (produced by Bob Crewe). A shorten version of the song was lip-synced by Gore on an episode of the TV series Batman. She played Pussycat, the Catwoman's protégé, who also wanted to be a singer. From the January 19, 1967 episode, "That Darn Catwoman," here's a clip of "California Nights."


Farewell to a sweet singer we will never forget!
Posted by Leah at 10:31 PM No comments: 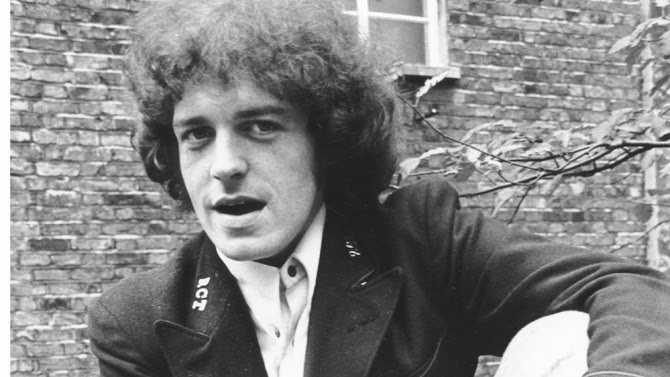 A little behind here, but better late than never in paying my respects.
On December 22nd 2014, English rock and blues singer Joe Cocker lost his battle with cancer at the age of 70. Considered one of the greatest rock singers of all time, he began his career performing in pubs and clubs, propelling to stardom with his memorable cover of The Beatles' "With a Little Help From My Friends" (previously featured here). Sir Paul McCartney said he would be "forever grateful" to Cocker for turning this tune into a "soul anthem." Reaching #1 in the UK and later becoming the theme of The Wonder Years TV series, here's his infamous performance at Woodstock in 1969.

Cocker also enjoyed other big hits like "You Are So Beautiful" in 1974 (#5 in the US), and the chart-topping, Grammy Award-winning duet with Jennifer Warnes, "Up Where We Belong" in 1982. Another great live performance by the iconic singer, here's Cocker's cover of Leon Russel's "Delta Lady" in 1969.

On January 13th, Trevor Ward-Davies (aka Dozy) passed away, also at the age of 70, after a short illness. He was the bassist for the British pop/rock group Dave Dee, Dozy, Beaky, Mick, & Tich, who enjoyed successful UK hits including the chart-topping single, "The Legend of Xanadu" in 1968. The distinctive name (their actual nicknames), coupled with well produced and catchy songs by songwriters Howard and Blaikley, quickly caught the UK public's 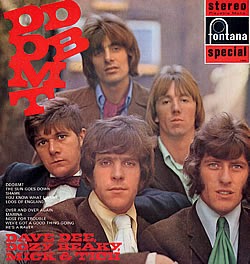 imagination and their records started to sell in abundance. Although the group failed to break out in the US, they were big sellers elsewhere in the world, particularly in British commonwealth countries like Australia, Canada, and New Zealand. Ward-Davies had acquired his nickname "Dozy" when he unwrapped a chocolate bar before absent-mindedly discarding the bar and attempting to eat the wrapper. With novelty elements like many of their songs, here's Dave Dee, Dozy, Beaky, Mick, & Tich performing "The Legend of Xanadu," featuring a trumpet section and the distinctive sound of a whip cracking in the chorus.
Farewell, dear Dozy.