Farewell to the 5th Beatle 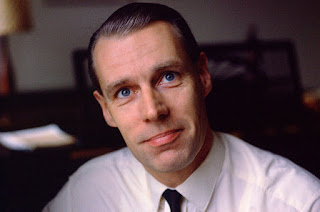 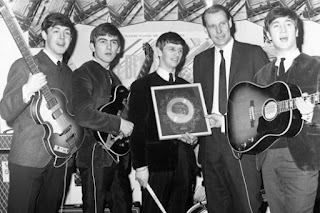 Well, quite late to get this post up, but certainly not forgotten. Earlier this year on March 8th, the world lost 90-year-old Sir George Martin - English record producer, arranger, composer, conductor, audio engineer and musician. In a career that spanned seven decades, Martin was one of music's greatest talents, working with numerous artists including Gerry & The Pacemakers, Billy J. Kramer & The Dakotas, Cilla Black, Shirley Bassey, Peter Sellers, Jeff Beck, Neil Sedaka, Kenny Rogers, Cheap Trick, Elton John, Celine Dion, and more. However, he is most fondly remembered as The Fifth Beatle, as his greatest fame and influence comes from his seven years working with The Beatles.

Martin's more formal musical expertise helped fill the gaps between the Beatles' unrefined talent, and the sound which distinguished them from other groups and added in their success. Most of the Beatles' orchestral arrangements and instrumentation (as well as frequent keyboard parts) were written or performed by Martin, in collaboration with the less musically experienced band. It was Martin's idea to put a string quartet on "Yesterday", against McCartney's initial reluctance. Martin played the song in the style of Bach to show McCartney the voicings that were available. Of course, Paul McCartney's songwriting is nothing to sneeze at either, but the collaboration not only led to a #1 US hit in 1965, but also has been voted the #1 pop songs of all time. 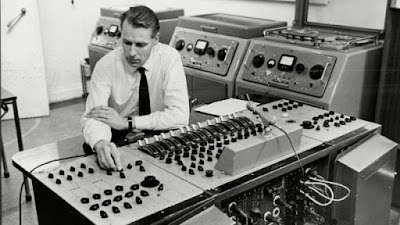 His work as an arranger was used for many Beatles recordings. For "Eleanor Rigby" (previously featured here), he scored and conducted a string accompaniment inspired by Bernard Herrmann (composer for Hitchcock thriller, Psycho). For "Strawberry Fields Forever" (featured here), he and recording engineer Geoff Emerick turned two very different takes into a single master through careful use of vari-speed and editing. For "I Am the Walrus" (here), he provided a quirky and original arrangement for brass, violins, cellos, and the Mike Sammes Singers vocal ensemble. On "In My Life," he played a speeded-up baroque piano solo. He worked with McCartney to create the orchestral 'climax' in "A Day in the Life", and he and McCartney shared conducting duties the day it was recorded. (Sidenote: gotta love seeing Rolling Stone Mick Jagger, Monkee Mike Nesmith, and Donovan all in attendance during the recording and filming of this promo video!).

Martin contributed integral parts to other songs, including the piano in "Lovely Rita," the harpsichord in "Fixing a Hole," the old steam organ and tape loop arrangement that create the "Pablo Fanque" circus atmosphere John Lennon requested on "Being for the Benefit of Mr. Kite!" (both Martin and Lennon played steam organ parts for this song). To create the circus-like atmosphere of the song, Martin made tapes of old calliope records, then had the recording engineer cut the tapes into short segments, throw them in the air, and splice the pieces together at random. The result was a swirling sound collage that creates the disorienting feeling of a whirligig at a fair. Mr. Martin himself played the swirling organ runs that follow the line, “And of course Henry the Horse dances the waltz,” recorded at half-speed. Pretty cool, if you ask me! Here's the song used the Beatles' "Love - Cirque du Soleil" show in Las Vegas (this part is actually a bit creepy for me and I had to look up the meaning behind some of the costumes. But that's for another day...).


Since the early 1960s. Martin composed, arranged, and produced film scores like the instrumental scores of A Hard Day's Night (1964, for which he won an Academy Award Nomination) the Bond classic Live and Let Die (1973), and many more. He also composed this awesome song below, "Theme One" which was used as the introduction on BBC Radio 1 for many years beginning in 1967. This composition makes great use of the pipe organ, heavy brass, and my favorite psychedelic effect of "flanging." Paul McCartney once commended Martin by saying: "George Martin [was] quite experimental for who he was, a grown-up." Check out the super-cool "Theme One:"

I could go on, but this could take all week.
The above is just a blip from the career of this legendary music producer.
Thank you to the Fifth Beatle for your outstanding contribution to the music industry. 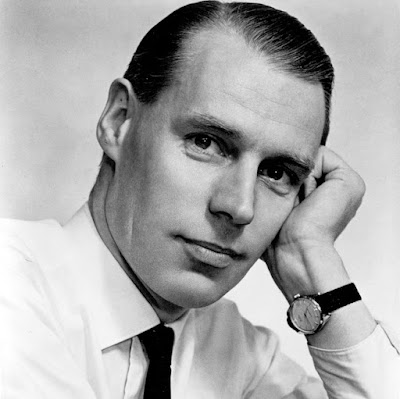 Farewell, Sir George Martin. You shall be missed.

Disclaimer: As it has taken me so long to finally finish this post and I was lacking creativity, some content was taken directly from good ol' Wikipedia.
Posted by Leah at 10:08 PM No comments: