Farewell to Another Legend 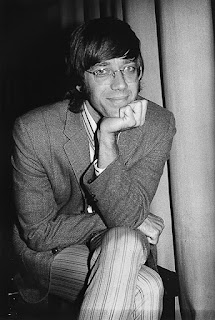 On May 20th, we lost one of the greatest rock keyboardists of all time, Ray Manzarek, who passed away at the age of 74 due to cancer. As a founding member and rock organist with The Doors, Manzarek contributed greatly to one of the most influential and revolutionary groups of the 1960s. Manzarek initially met poet Jim Morrison in film school at UCLA, and after running into each other again after graduation, they almost immediately formed The Doors. The group lacked a bass player, so Manzarek usually covered the bass parts on keyboard. His signature sound is that of the Vox Continental combo organ, an instrument used by many other psychedelic rock groups of that era. As a classically-trained pianist, he was instrumental in expanding upon songs of the The Doors, creating distinctive organ intros like that in "Light My Fire" (inspired by Bach's Two and Three-Part Invensions). 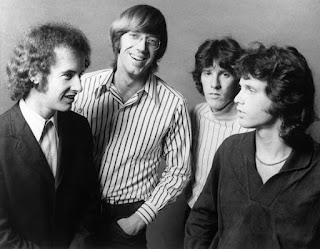 From their debut album in 1967, this #1 hit has been featured before during our Psychedelic Rock Week (here), but we're posting it again because it's just that good. While the single version was edited down to just under 3 minutes with nearly all the instrumental break removed for radio airplay, this live performance at the Hollywood Bowl in 1968 includes the album's 7-minute version. No mistaking that opening sound of Manzarek on his rock organ.

Carrying over their psychedelic rock and blues rock sound into the 1970s, "Love Her Madly" reached #11 on the Billboard chart in 1971, and features Manzarek playing both tack piano and his signature Continental Vox in the recording. Not an actual live performance but nicely done audio and video compilation. 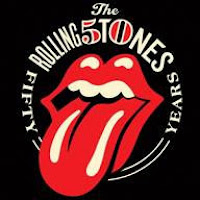 On Saturday, May 18th, a friend and I checked off a box on our bucket-list: attend a Rolling Stones concert! The Stones are some of the oldest rockers out there, but they are still going strong after fifty years since they first formed. As part of their ongoing 50 & Counting Tour, these Brits put on an awesome show at the Honda Center ("The Pond") in Anaheim, CA, and there's nothing like seeing their incredible energy and impressive talent in person! The arena took quite awhile to fill up, giving us ample time for people-watching (the audience was also a sight to behold), but once the concert began 50 minutes late, it was a near full house and we were in for a treat with over two hours of solid music. 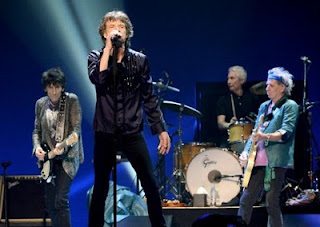 High-energy Mick Jagger belted on vocals, jammed on harmonica, and strutted on the catwalk around the tongue pit. Keith Richards and Ronnie Wood (member since 1975) both wailed on guitar, and Charlie Watts (also a founding member with Jagger and Richards) rocked out on drums. No wonder these guys are so skinny! Their support musicians were also excellent and a great addition, including two backup singers, keyboardist, bass player, and sax players They performed over 20 hits from throughout their lengthy career, including "Get Off of My Cloud," "Paint It Black," "Gimme Shelter," "Wild Horses," "Honky Tonk Women," "Start Me  Up," "Brown Sugar," and 3-song encore with "You Can't Always Get What You Want," "Jumpin' Jack Flash," and "(I Can't Get No) Satisfaction." One of the top guitarists of all time, Mick Taylor (Stones member from '69-'74), was a featured guest, joining the band on "Midnight Rambler," and Dave Grohl of Foo Fighters (and Nirvana) also made a guest appearance on guitar. With the exception of the massive pot-smoke that enveloped us during the performance, it was a stellar show! Here we are, ready to rock to out! 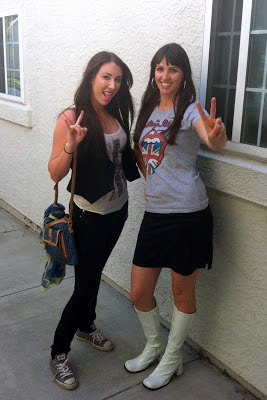 The stage incorporating their infamous lips and tongue logo. 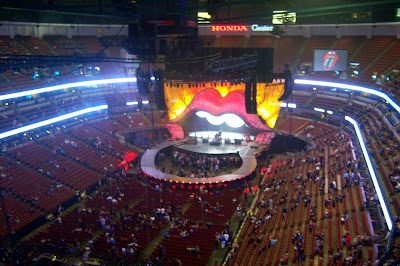 You can see Jagger out front on the catwalk (don't laugh at my faraway seat, but the only way I'd pay the $600 for the good seats is if it included the time machine to see The Stones back in the '60s!). 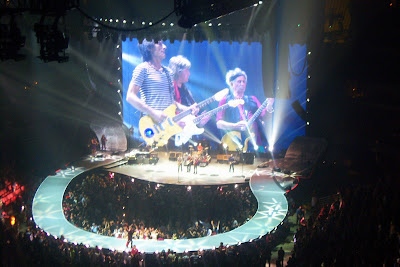 And because it wouldn't be the '60s Beat without a performance from back in the day, here's the classic tune The Stones opened the concert with. Written as a reaction to their sudden popularity after the success of "Satisfaction" in 1965, "Get Off of My Cloud" topped the charts in the US and UK in November of 1965. Cultivating their infamous "bad boy" image, the lyrics are defiant and rebellious, a common practice for The Stones around that time.

And for the first part of the concert's encore, The Stones performed "You Can't Always Get What You Want," featuring a full choir and French horn player. Written by Jagger and Richards and released in July of 1969, it was named the 100th greatest song of all time by Rolling Stone magazine in its 2004 list. The three verses (along with the varied theme in the fourth verse) address the major topics of the 1960s: love, politics, and drugs. Each verse captures the essence of the initial optimism and eventual disillusion, resigning to a practical approach in the chorus. Minus the choral introduction, here's a performance on The David Frost Show in 1969 (live vocals only).

Happy 50th Anniversary to The Rolling Stones, and thank you for a night to remember! 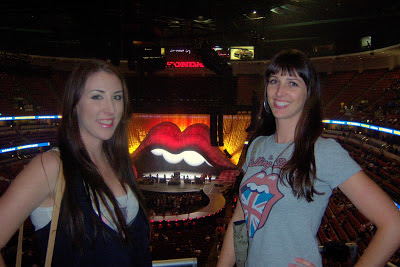 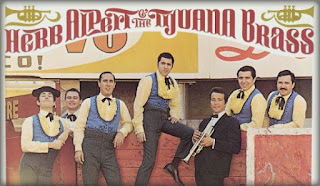 We're not finished with our Wrecking Crew Series, but because I'm thinking of my Marine husband who is currently in Afghanistan, we're doing a jam-packed post featuring the biggest instrumental hits of the 1960s. So yes, my hubby loves this stuff, and yes, we were both born in the wrong generation!

One of the most successful instrumental groups of the decade was Herb Alpert & The Tijuana Brass from L.A.  As trumpeter, music producer, and record executive, Alpert first found success in 1962 with his Latin-styled hit "The Lonely Bull, however, The Tijuana Brass was just Alpert overdubbing his own trumpet slightly out of sync. By the end of 1964, because of a growing demand for live performances by the Tijuana Brass, Alpert auditioned and hired a team of top session musicians (including members of The Wrecking Crew of course!). The band debuted in 1965 and became one of the highest-paid acts then performing, having put together a complete revue that included choreographed moves and comic routines. An instrumental track originally written for the 1960 Broadway show of the same name (and 1961 film), Alpert's version of "A Taste of Honey" was the most popular, spending five weeks at #1 on the Easy Listening chart, reaching #7 on the Hot 100, and won three awards including Record of the Year at the 1966 Grammy Awards. My husband has a ton of their records! 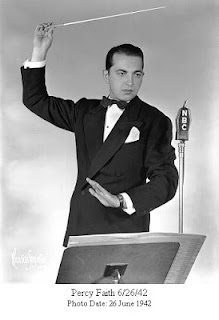 Canadian bandleader, orchestrator, composer and conductor Percy Faith was known for his lush arrangements of pop and Christmas standards, and is often credited for popularizing the "easy listening" or "mood music" format. One of his most memorable recordings is "Theme from A Summer Place" (1960), which earned him the Record of the Year Grammy Award in 1961, and is the longest-running #1 instrumental in the history of the Billboard chart (9 weeks). Faith remains the only artist to have a best-selling single of the year during both the pop singer era ("Song from Moulin Rouge") and the rock era ("Theme from A Summer Place"), and he is one of only three artists (with Elvis and The Beatles) to have the best-selling single of the year twice. Here's a fantastic live performance of Percy Faith conducting his  musical magic. 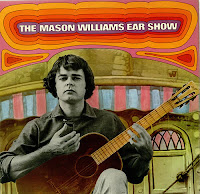 American guitarist and composer Mason Williams was a comedy writer for Smothers Brothers Comedy Hour, The Glen Campbell Goodtime Hour, and Saturday Night Live, however, he was best-known for his guitar instrumental hit, "Classical Gas." Composed and originally performed by Mason in 1968, this record earned three Grammy Awards including Best Musical Composition, Best Comtemporary-Pop Performance - Instrumental, and Best Instrumental Orchestra Arrangement (for arranger Mike Post, who went on to write dozens of TV shows themes including Law & Order and Magnum P.I.). Selling over a million copies and earning a gold disc, it peaked at #2 on the charts for two weeks. My husband loves this one (although we think the rest of the LP is odd) and even made his own successful arrangement for symphonic band back in high school. Here's Mason Williams with a good-lookin' orchestra (miming the studio recording) on the Ed Sullivan Show in March of '68. 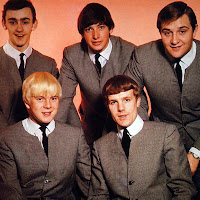 The Tornados were an English instrumental group that acted as a backing band for many of record producer Joe Meek's productions and also for singer Billy Fury. Enjoying several chart hits in their own right, their biggest success was the instrumental single "Telstar." Released in August of 1962, this surf rock-sounding record was named after the Telstar communications satellite that was launched into space just a month prior, and reached #1 in both the UK and US (the first US #1 single by a British group). Featuring a clavioline (a keyboard instrument with a distinctive electronic sound), it became a precursor to space rock intending to evoke the dawn of the space age. Unfortunately, pop instrumentals lost popularity with British audiences when the "Mersey Sound" (i.e. The Beatles) became more and more popular in 1963. 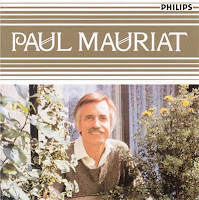 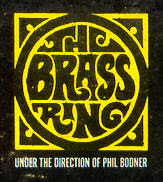 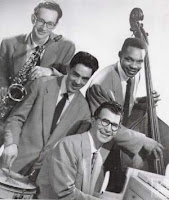 I'll conclude this fabulously full post with the Dave Brubeck Quartet, an American jazz group considered to be one of the foremost exponents of cool jazz. Their best-remembered piece is the enduring jazz classic, "Take Five," composed by the quartet's saxophonist Paul Desmond. While its not the first jazz composition to use quintuple meter (5/4 time), it was the first in the US to achieve mainstream significance, reaching #25 on the Billboard Hot 100 and #5 on the easy listening chart in 1961, two years after its initial release. For several years in the early '60s, it was the theme music for NBC "Today" program, and has been included in countless movie and TV soundtracks. With the distinctive, catchy saxophone melody, here's an excellent live performance of "Take Five" by the Dave Brubeck Quartet.