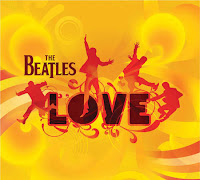 Last week, my husband took me to see The Beatles' Love Cirque du Soleil production at The Mirage in Las Vegas. The French-Canadian contemporary circus company is known for fantastic shows, but this 2006 theatrical production combines the re-produced and re-imagined music of The Beatles with the interpretive, circus-based artistic and athletic stage performance. A joint venture between Cirque and The Beatles' Apple Corps Ltd, the music directors are Sir George Martin (producer of nearly all of The Beatles' records) and his son, record producer Niles Martin. I had heard rave reviews of the show, but we were truly amazed at the unbelievable acrobatic and aerial performers paired with the perfect soundtrack. The show samples 130 songs from The Beatles' catalog to create 26 musical pieces, and the songs are mixed so that the lyrics and instrumentation blend from one song to the next. The loose storyline traces the band's biography in board strokes and incorporates characters inspired by their songs including Sgt. Pepper, Eleanor Rigby, Her Majesty, Lady Madonna, Lucy, Nowhere Men, and so on. For Beatles fans, this stellar production is a must-see, and even for the non-Beatles fan, the awesome sights and sounds will entertain for the entire 90 minutes.

Enjoying the colorful entrance to the theater. 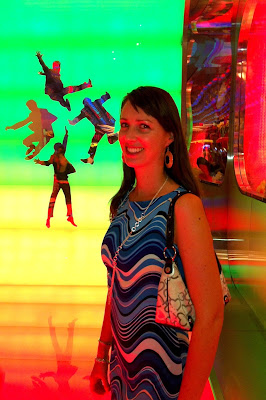 Stock photo from the show. 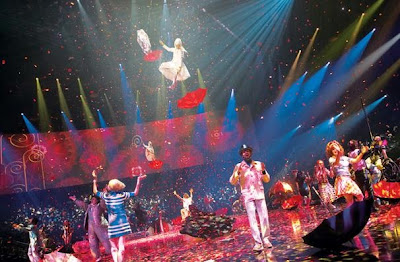 Here's the show's trailer, just to give you a taste of the impressive circus with Beatles-inspired costumes and psychedelic sets.

As someone who knows the music of The Beatles by heart, I was very impressed with the re-working of certain songs. One of my favorite moments was hearing a new version of "While My Guitar Gently Weeps," which matches the first studio demo from 1968 with a new string arrangement written for Love by George Martin. In contrast to George Harrison's original blues rock song, here's the hauntingly beautiful version from the show.

Also, I found this excellent clip from a documentary about the show ("The Beatles In Love") which discusses the use of this new version, and includes segments from inside the recording studio and from the actual production.

Another moment I really enjoyed in the show was the "Octopus' Garden" scene featuring Ringo's beloved tune and a mesmerizing underwater sequence. This video clip from the show doesn't do it justice. The lyrics from this song's intro are first overlapped with the string part from the "White Album" song "Goodnight."

My husband hanging out with a Blue Meanie (from the Yellow Submarine film) in the gift shop. 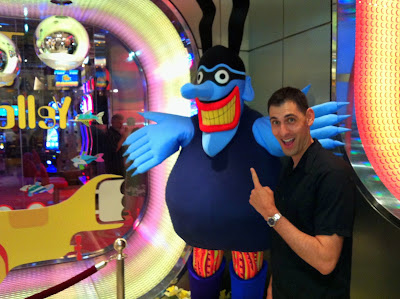 Definitely a groovy night of astounding sights and sounds! 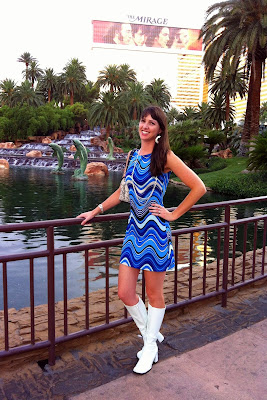 For all you devoted Beatles fans out there, be sure to check out this excellent post here by Vegas.com in honor of 50 years of Beatlemania in America and the upcoming anniversary of The Beatles' first trip to Las Vegas. Half a century later, this city still embraces a LOVE for The Beatles; so much fun!
Posted by Leah at 3:15 PM 1 comment: