Farewell to a Folk Legend 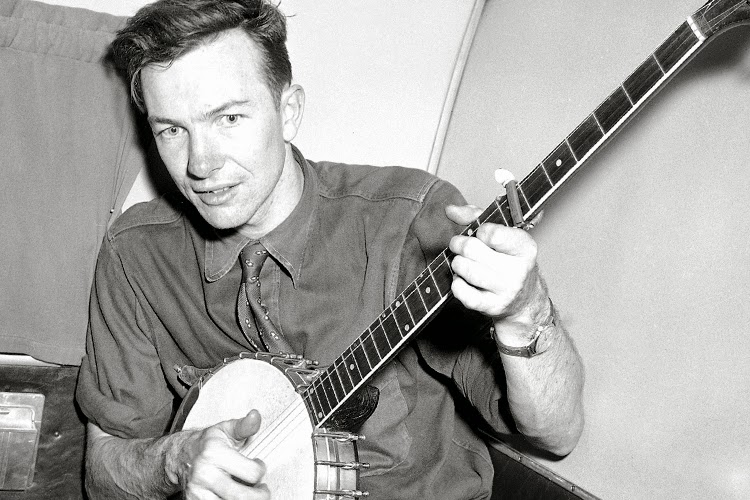 This week on January 27th, we lost American folk singer and activist Pete Seeger at the age of 94. A prolific songwriter, Seeger was first heard on national radio in the 1940s and released a string of hit records in the 1950s as a member of the folk quartet  The Weavers. After being blacklisted during the McCarthy Era, Seeger re-emerged in the 1960s as a prominent singer of protest music in support of civil rights and counterculture causes. His best-known songs include "Where Have All the Flowers Gone?" (with Joe Hickerson), "If I Had a Hammer (The Hammer Song)" (with Lee Hays of The Weavers), and "Turn! Turn! Turn!" (lyrics adapted from Ecclesiastes), which have been recorded by many artists both in and outside the folk revival movement and are sung throughout the world. "Flowers" was a hit recording for The Kingston Trio in 1962 (previously featured on The '60s Beat here) and Johnny Rivers in 1965. "If I Had a Hammer" was a hit for Peter, Paul & Mary in 1962 (also featured here), while The Byrds had a number one hit with "Turn! Turn! Turn!" in 1965 (featured here).

Here's Pete Seeger performing "If I Had a Hammer" live in Australia in 1963. It was first written in 1949 in support of the progressive movement and recorded by The Weavers.

From a controversial episode on The Smothers Brothers, Seeger performs the South African folk song "Wimomeh"  (also known as "The Lion Sleeps Tonight") and "Where Have All the Flowers Gone?" Originally, Pete sang his song "Waist Deep In The Big Muddy" in between these two songs but CBS deemed it too political to air and deleted it from the broadcast. However, he did perform the song on a subsequent broadcast and this time CBS allowed it to air.

Farewell to a Brother 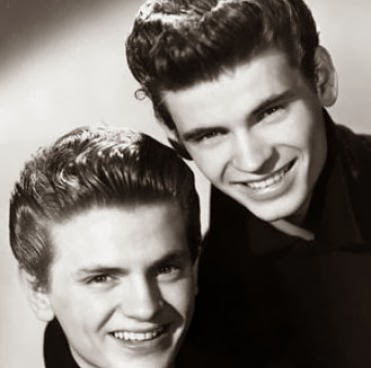 I'm a bit late in the game but wanted to make sure this legend received his due respect. Phil Everly of The Everly Brothers passed away a few weeks ago on January 4th due to acomplications of emphysema and bronchitis. The duo were American country-influenced rock and roll singers, known for their close vocal harmonies and steel-string guitar playing. Together with his older brother Don, The Everlys found early success in 1957 with the release of "Bye Bye Love," a rockabilly/country/rock 'n' roll tune that reached #2 on the US pop chart, #1 on the country chart, and even #5 on the R&B chart. Touring extensively with Buddy Holly & The Crickets during 1957 and 1958, the brothers continued to score several US and UK hits including "Wake Up, Little Susie," "All I have to Do is Dream," and "Bird Dog." Their distinct harmony singing influenced many successful rock groups in the 1960s like The Beatles, The Beach Boys, Simon & Garfunkel, The Bee Gees, and The Hollies, many of which developed their early singing style by performing covers of Everly songs. The Everly Brothers had 35 Billboard Top-100 singles (more than any other duo) with 26 in the top 40, and they were among the first 10 artists to be inducted into the Rock and Roll Hall of Fame. Written by Don and Phil, here's a performance of "Cathy's Clown," their biggest-selling record in 1960.


Farewell, Phil Everly. Your music will always stand the test of time! 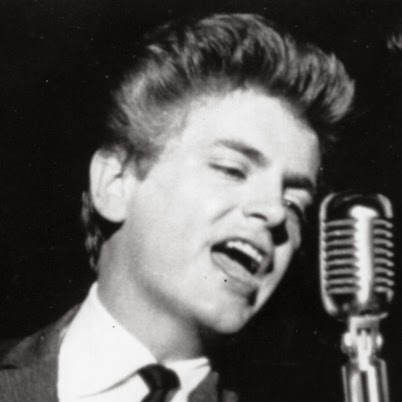