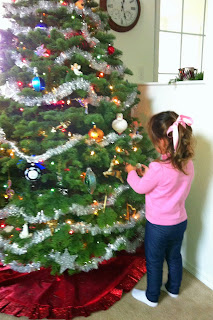 Sorry for the lack of posts around here. Life has been busy and full of fun but has not allowed much time for the blogosphere. I have many posts planned but most them will have to wait until the new year. By the way, if you've been dying to hear some classic Christmas tunes, be sure to check out last year's Christmas posts here.

So today is my daugher's birthday. Three years ago, Zoe arrived one week before Christmas, what a nice present! She is hilarious and loves music, especially the tunes from the 1960s (although this could have something do with the fact her mother usually plays the '60s station in the car!). In honor of her birthday (and while she's napping), I thought I'd post all of her favorite songs. She regularly requests these songs by name. I have no idea what drew her to this particular set of songs, but I think you'll appreciate them, too. (Since most of these tunes have been previously featured at The '60s Beat, I'll try to find different videos for each song). 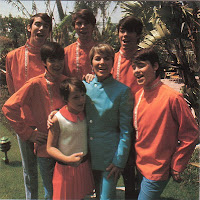 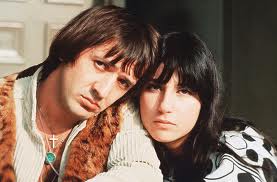 Every time Sonny & Cher's signature song plays on the radio, my daughter excitedly shouts, "It's 'I Got You, Babe!'" Written and produced by Sonny Bono, this tune became one of her first favorites nearly a year ago; I guess the repetitive chorus stood out to her. Back in the 1965, looks like the charts would agree with Zoe, as this song reached #1 in the US and UK. This performance of the husband and wife vocal duo comes from The Beat Club, a German music program.

The Turtles' "Happy Together" is a newer favorite for my daughter, and she can actually sing the chorus pretty well, the descending arpeggio and all ("I can't see me..."). I discovered that she liked this song when I noticed her singing it to her stuffed animals one day. Released on Valentine's Day in 1967, this quintessential '60s song was also a #1 hit, staying at the top of the US chart for 3 weeks. Zoe refers to this one as "Happy Dugeder." 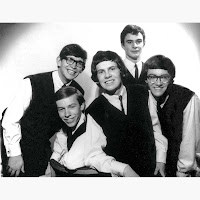 Now this next favorite of Zoe's comes as quite a surprise. With a title like "I Love You," you'd expect this Zombies' song to have a cheery tune, however, it is actually in a minor key, giving it a darker sound. Written by bassist Christ White, this British single was released in 1965 but failed to make the US chart, although it was quite popular in the Philippines. Three years later, the Californian group People! scored a big hit with their cover version of "I Love You," making them a one-hit wonder. It was so random hearing my daughter as a young 2-year-old regularly requesting to hear this one! 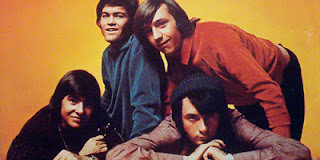 I recently let Zoe watch a few episode of The Monkees TV show and she was totally into it! Right now, her favorite Monkees' song is "Tomorrow's Gonna Be Another Day," from the group's debut, #1 hit album in 1966. Like another one of their infamous tunes, the chorus in this song includes a few "hey, hey, hey's," which has my daughter laughing every time; she actually thinks the name of this song is "Hey, Hey, Hey." Here's a typical Monkees romp from the first season of the show; Zoe loves it. 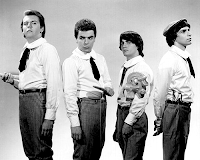 Finally, I'll end today's post with a final #1 hit, "Good Lovin'" by The Young Rascals. The backing vocals shouting "good lovin'" are what caught Zoe's attention, and she repeats the lyrics as "due lub!" Released in 1966, this high-energy tune is also great for dancing; what 3-year-old doesn't like dancing, anyway? Here's a great live performance by the blue-eyed soul group on The Ed Sullivan Show.

Farewell to One of Jazz's First Pop Star 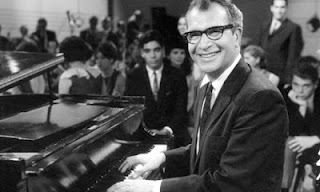 On December 5th, we lost another fine musician; Dave Brubeck passed away of heart failure just one day before his 92nd birthday. From the San Francisco Bay Area, this American jazz pianist and composer began his career in 1940s, and became one of the foremost exponents of progressive jazz. Brubeck's style ranged from refined to bombastic, reflecting his mother's attempt at classical training and his improv skills, using unusual time signatures, contrasting rhythms, meters, and tonalities. After serving in U.S. Army during WWII (where he played piano and was ordered to form a band), he later formed the Dave Brubeck Quartet in 1951 with fellow soldier and saxophonist Paul Desmond, and found great success till the group disbanded in 1967. My husband is a big a Brubeck fan, and even got see him perform live with the San Diego Symphony, a memorable and impressive concert.

As I was currently in the process of writing a post about the instrumental hits of the 1960s, Brubeck's most infamous song, "Take Five," will be featured with those selections, so I'm intentionally leaving it out of this post (check back in a week or two!). Another memorable song composed by Brubeck is "Blue Rondo a' la Turk," a jazz standard from the Time Out album that reached #2 on the Billboard Pop chart in 1961. Written in 9/8 and swing 4/4 time, Brubeck heard this unusual rhythm played by a group of Turkish musicians on the street. Upon asking the musicians where they got the rhythm, one replied, "This rhythm is to us, what blues it to you." Hence he titled it "Blue Rondo a' la Turk." Here's the Dave Brubeck Quartet playing a superb live performance in the mid-60s.


And another unique tune, this time in written in 7/4 time by Brubeck, here's "Unsquare Dance,"which peaked at #73 on the Billboard charts in 1961. It was written during a single trip from home to the recording studio, and was recorded in the same day. No live performances of the Quartet but here's a cute dance routine to it from the '60s.
Farewell, Mr. Brubeck, and thank you for the music! Think I'll go and play your Greatest Hits LP on my turntable right now!
Posted by Leah at 3:13 PM No comments: