It's the Most Wondeful Time of the Year 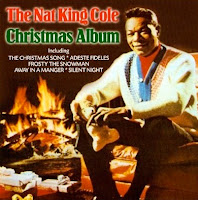 Christmas Music: Part 4
For our final Christmas post (and last post of 2011!), I'm featuring the classic tunes that we all know and love from this wonderful time of year. As a kid, it officially became Christmastime for my family when we heard this next song. Written on a hot, blistery summer day in 1944 by Mel Torme' and Bob Wells, "The Christmas Song" (a.k.a. "Chestnuts Roasting On An Open Fire") was first made famous by The Nat King Cole Trio in 1946 (excellent, early live footage here). The most-performed Christmas song of all time, it is Nat King Cole's re-recorded version with string orchestra in 1961 that is regarded as definitive. By playing this classic Christmas LP (recently purchased from eBay!) on our record player, it's an honor keeping this beautiful baritone voice alive. 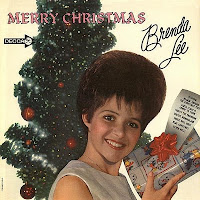 And you know the party is really getting started when this next tune starts playing! Written by Johnny Marks and recorded by the rockabilly/pop/country singer Brenda Lee in 1958, "Rockin' Around the Christmas Tree" didn't become a big hit until Lee became a star in 1960 and it reached #14 on the pop chart. The following year, it continued to sell well, even hit #5 on the charts, and has continued to be a popular holiday standard for over 50 years. Despite her mature-sounding voice, Lee was only 13 years old when she recorded this song! Although the song's title implies "rock and roll," the song's instrumentation also fit the country genre of the time, featuring Hank Garland's ringing guitar and Boots Randolph's swinging saxophone. 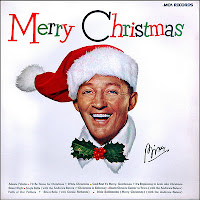 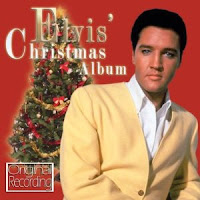 A longstanding Christmas staple from my childhood is Elvis' Christmas Album from 1957, the best-selling Christmas album of all time in the U.S. No singles from this album were issued until 1964 when "Blue Christmas" was released that November and reached #1 on the Billboard Christmas chart, even re-entering the chart several times over the next few years. Originally a country song recorded in the late 1940s, Elvis' cover version is musically notable for the replacement of many major and minor thirds with neutral and septimal minor thirds, a.k.a. "blue notes," in the backing vocal parts. This live footage of this rock-and-roll holiday classic comes from Elvis' 1968 "Comeback" Special which aired that December. 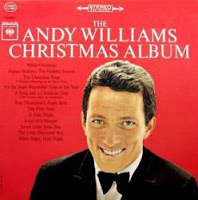 And for the last song of our Christmas music series, here's another seasonal favorite, "It's the Most Wonderful Time of the Year" by American singer Andy Williams. Written in 1963 by Edward Pola and George Wyle, this popular Christmas song was released that same year on The Andy Williams Christmas Album, and was performed on Williams' own TV variety show (which he hosted from '62 to '71). Since, this original version has become a radio airplay standard during the holiday season, even gaining more popularity each passing year. Thanks for a Christmas classic, Andy!


I hope you've enjoyed listening to fun music from Christmas past! Merry Christmas to you all and Happy New Year! 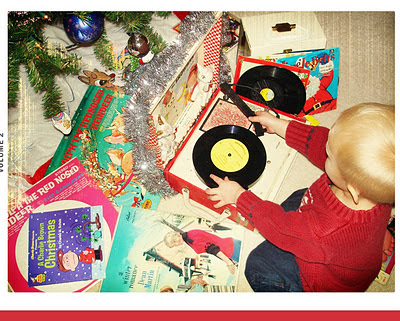 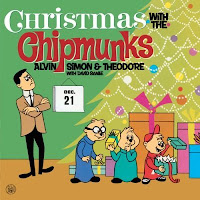 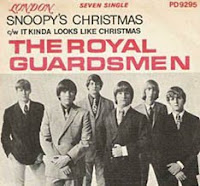 A follow-up to their "Snoopy vs. the Red Baron", The Royal Guardsmen released another novelty song later that same year in 1967, this time "Snoopy's Christmas." Once again featuring the beloved beagle from the Peanuts comic strip, this song is about how Snoopy and the Red Baron set aside their differences on Christmas Eve, echoing the historical event of the "Christmas Truce" during WWI. Peaking at #10 on Cashbox 's list, this holiday favorite actually hit #1 in New Zealand, remaining a popular Christmas song in that country.. 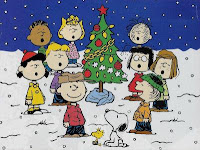 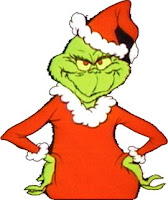 Another one of the few Christmas specials from the 1960s to be shown annualy on TV is "How the Grinch Stole Christmas!" Originally airing on CBS in 1966, this Dr. Seuss animated classic featured the voice of Boris Karloff as the Narrator and The Grinch, however, it was Thurl Ravencroft (mentioned in the Halloween post) who performed "You're A Mean One, Mr. Grinch." After Ravencroft was accidentally not credited in the closing credits, Seuss personally called him and apologized, and wrote letters to columnists nationwide to clear up the mistake. Too bad YouTube will only allow me to post a portion of the song. 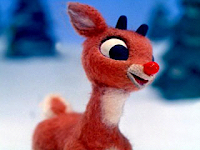 Finally, we'll conclude with the longest-running Christmas TV special, "Rudolph the Red-Nosed Reindeer," which has been telecast every year since it first aired in 1964 on NBC. Produced in stop-motion animation, this special featured original songs by Johnny Marks that have become Christmas standards including "A Holly Jolly Christmas," "The Most Wonderful Time of the Year," and "Silver and Gold." Here's a clip from the special with folk singer Burl Ives performing "A Holly Jolly Christmas."

Stay tuned for one last post featuring the best sounds of the season!
Posted by Leah at 2:26 PM 1 comment: 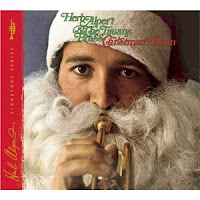 Alright, we're beginning another full post with a fun, instrumental classic by Herb Alpert & The Tijuana Brass. Originally a show tune from the Rodgers' & Hammerstein 1959 musical The Sound of Music, "My Favorite Things" has become a popular Christmas selection, likely because of the wintertime imagery in the lyrics. With the unmistakable trumpet-playing style of Herb Alpert, this quick rendition comes from the group's Christmas album (their eleventh release) in December of 1968. 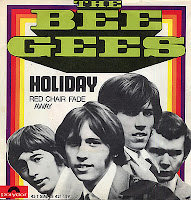 Now, this next song has absolutely nothing to with Christmas, except for the fact that its titled "Holiday." So why include it on this post? Why not! Written by Barry and Robin Gibb of The Bee Gees, these two brothers share lead vocals in this haunting song that is primarily in a minor key with a strong organ presence. Released as a single in the U.S. in September 1967 (although not released in their native England), this song remained a concert favorite for over 30 years, with Maurice Gibb sometimes providing comedic antics by attempting many failed attempts to join in with his brothers. 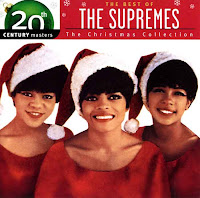 Up next is an original Christmas song performed by Motown girl group The Supremes. Released in November 1965, "Twinkle Twinkle Little Me" was the B-side of their holiday single that year and was featured on their album Merry Christmas, which peaked at #6 on the Billboard Holiday charts. Here's a sweet, little tune with a nice photo montage for ya. 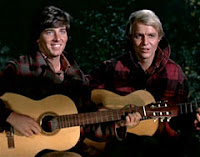 On a completely different note, this next seasonal tune comes from Here Come the Brides, an American comedy Western TV series that first aired on ABC in 1968. "St. Day Carol" is a Cornish Christmas song that dates back to the 19th century, and is beautifully performed here by Bobby Sherman and David Soul (who were propelled into stardom after their roles in this show). Singer/actor Sherman became a teen idol during the late '60s and early '70s while Soul went on to star in the TV show "Starsky & Hutch" in the mid-'70s.

And our last song of this post, it's New York girl group The Ronettes with their fun version of "Sleigh Ride." With its well-known "Ring-a-ling-a-ling Ding-dong-ding" background vocals, this song was featured on a Christmas album with several other artists, all produced by Phil Spector, and was titled A Christmas Gift for You from Philles Records. At the time, the album was a relative flop because it was released the same day as President Kennedy's assassination on November 22nd 1963, but since has been ranked among the 500 Greatest Albums of All Time, with original pressings selling now for $500! Here's another cute photo montage, however the performance footage is clearly from a different Ronettes song.