Jack for a Day 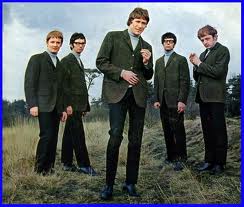 Woohoo! I'm so excited about this post since it's quite a unique theme (I think): songs with 'Jack' in the title! Interestingly, five of these six songs are performed by artists east of the Atlantic.
Alright, we're starting with a real poptastic tune by those energetic Brits of Manfred Mann. Originally performed by John Simon for the 1968 counter culture semi-documentary You Are What You Eat, The Manfreds﻿ really spiffed up "My Name is Jack" for a single that same year. This "Greta Garbo Home for Wayward Boys and Girls" mentioned in the lyrics was an actual building in San Francisco but was more of a hippie hotel than a children's home. While it was a #8 hit in the UK, the US single was recalled when Mercury Records complained about the phrase "Super Spade" in the lyrics, which referred to a Haight-Ashbury drug dealer. The release was delayed by a week until the offending name was re-recorded as "Superman." Performing on the German TV show The Beat Club, "My Name is Jack" features Manfred Mann himself on keyboards, Mike d'Abo on lead vocals, and Klaus Voorman on bass (dear friend of The Beatles who designed their Revolver album). My kid knows all the words to this happy tune! 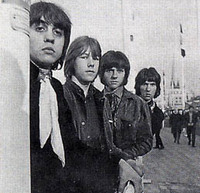 If you like the British psych/garage band genre, you'll surely enjoy The Smoke, a short-lived English group that existed from 1965-67. With the exception of being big in Germany, they never really broke internationally, but the quartet did have one hit with "My Friend Jack" in 1967 (#2 in Germany, #45 in UK), which is interpreted by some as an LSD anthem (something about Jack eating sugar lumps?). Whether that's the case (and The '60s Beat does not promote drug-use!), it's a pretty good tune with cool, echoing fuzz guitars, trippy lyrics, and killer riff. Here's more great footage from The Beat Club. 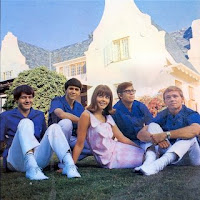 This next little gem is brought to you by Four Jacks and a Jill, a South African folk rock ensemble. They originally formed in 1964 without a "Jill" under a different name. Later, they added lead singer Glenys Lynne and changed the group's name. After scoring a hit in their native country, they cracked the American charts in 1968 with the song "Master Jack," the Billboard chart at #18 and #3 on the contemporary chart. The song also reached #5 on the Cashbox and went to #1 in South Africa, Canada, Malaysia, and Zimbabwe. With prophetic lyrics from 1968, this sweet tune by Four Jacks and a Jill has a poignant message about South African politics. 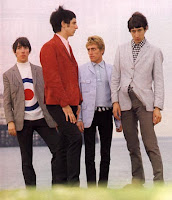 Here's the upbeat "Happy Jack" by The Who, a #3 hit in the UK and #24 in the US in the spring of 1967. It's composer, Pete Townshend, can be heard at the end of the song shouting "I saw you!" and it is said that he was noticing drummer Keith Moon trying to join in secretly to add his voice to the recording, something the rest of the band disliked. Townshend reported the song is about a man who slept on the beach where he vacationed as a kid. The kids on the beach would laugh at the man and once buried him in the sand. However, the man never seemed to mind and only smiled in response. Featuring Moon's energetic drummer, here's a great footage of The Who performing "Happy Jack," live at The Marquee in '67. 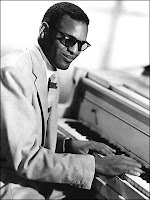 Percy Mayfield's tune, "Hit the Road Jack," was made famous by America singer-songwriter-pianist Ray Charles with the Raelettes vocalist Margie Hendricks. The song, which has a strong beat, is a brief, rather comic duet between a fed-up woman and her good-for-nothing man. He tries to wheedle her into letting him stay, but she will have none of it, "'cause it's understood: you ain't got no money, you just ain't no good. Charles' recording hit #1 for two weeks on the Billboard chart in October 1961, as well as #1 on the R&B chart, and also got the Grammy Award for Best Rhythm & Blues Recording. Ranked among Rolling Stones magazine's "500 Greatest Songs of All Time," here's a great live performance of "Hit the Road Jack." 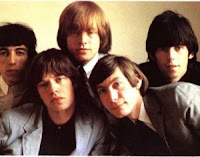 And our final 'Jack' song of the day is no other than the good ol' "Jumpin' Jack Flash" by The Rolling Stones. Called "supernatural Delta blues by way of Swinging London" by Rolling Stone, the song is considered by some as the band's return to their blues roots after the psychedelia of their preceding albums. Recorded and released in spring of 1968, this Jagger/Richard's tune is one of the group's most popular and recognizable songs, featured in films and covered by numerous artists including Aretha Franklin. With a distinctive guitar sound, as well as one of the greatest guitar licks of all time, "Jumpin' Jack Flash" reached the top of chart in the UK and #3 in the US, and has been performed on every Stones tour since its release. Here's one of The Stone's promo videos from 1968 that showcases the band lip-syncing and wearing interesting make-up. Oh, you guys...
Posted by Leah at 11:27 PM 3 comments: