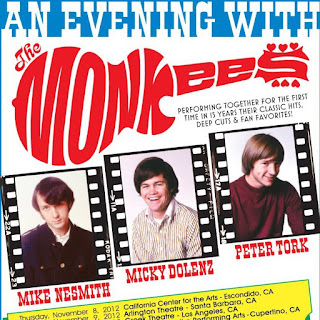 After the heartbreaking news about the beloved Davy Jones' passing last February, it appeared that the days of ever seeing the Monkees perform live again were over. However, much to the surprise of fans across the country, it was announced that the Monkees would in fact tour again, and even more exciting, Mike Nesmith would be joining them! This was big news, especially considering that with the exception of a few random performances, this is the first time that Nesmith has toured with The Monkees in the US since 1969. Lucky for us, my sister and I were able to attend the opening night of this quick, 12-date tour at the California Center for the Arts in Escondido (San Diego County). If you've read my review of their 45th Anniversary Concert Tour last year, you'll know these guys put on an amazing show, and once again, they did not disappoint. Here we are, quite giddy as we headed out the door to another fabulous concert. And boy, were we in for a treat! With a large screen on the back of the stage projecting fun images and video clips of The Monkees in their heyday, Micky Dolenz, Peter Tork, and Michael Nesmith performed a strong, 95-minute concert which included their classic hits (like "Last Train to Clarksville" and "I'm a Believer") and fan favorites (like "Goin' Down" and "What Am I Doing Hangin' 'Round?"), as well as many selections from the 1967 Headquarters and '68 Head albums. Backed by another stellar, 7-man band (including Dolenz's sister, Coco, and Nesmith's son, Christian), The Monkees once again proved they can do more than just play their own instruments, but they rocked, and often jumped onto different instruments throughout the evening. 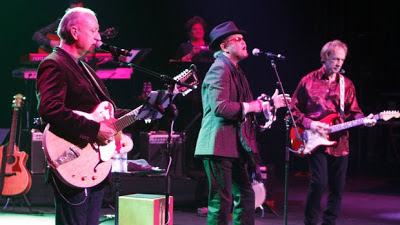 As Nesmith strummed his beautiful, 12-string guitar (modeled after the one he played in The Monkees TV series), he was such a wonderful addition to the performance, and his country-flavored voice sounded fantastic! One hilarious moment of the night was when the group performed "Daily Nightly" (previously discussed during Psychedelic Week here), a Nesmith-penned tune in which the studio recording featured one of the first use of a Moog synthesizer on a rock album. After joking about failing to find a Moog for the concert, Nesmith instead "sang" the wacky sounds of the Moog part as Dolenz sang the imagery-filled lyrics, and this had us crying with laughter. And of course, the audience shed other tears as well during the poignant video songs and tributes to the energetic and cheeky Davy Jones, who was missed but definitely not forgotten. Another touching moment was when it came time to perform Jones' signature tune "Daydream Believer," Dolenz said to the audience, "This song is no longer ours; it belongs to you," and randomly chose two girls to come up onstage and sing it. 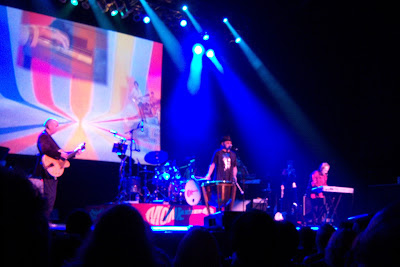 Since we were just 6 rows away from the stage (here's my photo during Dolenz's infamous "Randy Scouse Git") and apparently in "family and friends" section, we were able to really enjoy the musicianship onstage from a much better vantage point this time around. The banter was kept pretty light in between songs (something, I'm guessing, will become more polished as the tour continues), and it was pleasant to see Nesmith enjoying himself with his old bandmates, as his laid-back demeanor would suddenly break into a cute, little dance. It was such a fun night and I'm sure the rest of the tour will continue to be a success as the band has still to perform at already sold-out venues.

And since I love posting music, here's one of the video songs featuring Davy Jones that was shown during the Head segment of the concert (which was instrumentally backed by the live band during the performance). Written by Harry Nilsson, "Daddy's Song" was one of the better parts of The Monkees' wild 1968 film, and features Jones dancing with Toni Basil (who later had a hit with "Mickey [You're So Fine]" in 1982). This guy seriously should have been on Dancing with the Stars! (Oh, and the bit at the end with Frank Zappa cracks me up).

While the concert tour concludes with "Listen to the Band" and "Pleasant Valley Sunday," I'll end this post with a favorite Nesmith song that was performed during the Headquarters portion of the evening. During their performance, they made sure to cover the exact instruments that they had played in the album recording with Tork on bass (although generally a guitarist and keyboardist), Micky on drums, and Nesmith on 12-string, just like the video clip from their TV show.

Thank you to The Monkees for another night to remember! 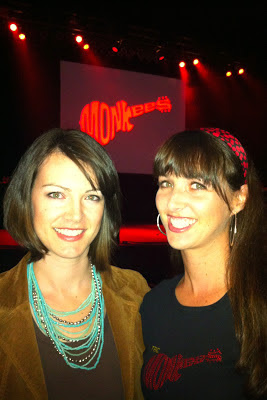