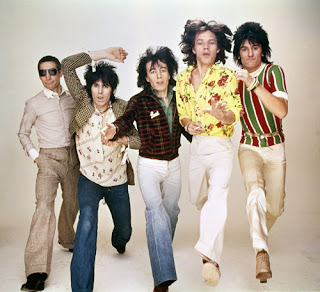 Sorry for the lack of posts (long story) but I just wanted to give a quick (and last-minute!) shout-out to all you Rolling Stones fans out there and let you know about the latest presentation from HBO Documentary Films called Crossfire Hurricane. It airs tonight, folks! When I was personally contacted by social media manager Lisa French, here's what she wrote: "The Rolling Stones, rock ‘n’ roll icons who have defined creativity, daring and durability, are to be chronicled in a kaleidoscopic new film that will debut November 15 on HBO. CROSSFIRE HURRICANE provides a remarkable new perspective on the Stones’ unparalleled journey from blues-obsessed teenagers in the early ‘60s to the rock royalty they have become.

Academy Award Nominated Director Brett Morgen (THE KID STAYS IN THE PICTURE) says, “CROSSFIRE HURRICANE invites the audience to experience firsthand the Stones' nearly mythical journey from outsiders to rock and roll royalty. This is not an academic history lesson. CROSSFIRE HURRICANE allows the viewer to experience the Stones' journey from a unique vantage point.  It's an aural and visual roller coaster ride.”


And in case you didn't catch that last bit, "crossfire hurricane" is taken out of a lyric in the Stones' 1968 hit "Jumpin' Jack Flash." Written by Mick Jagger and Keith Richards, this return to the group's blues rock roots reached #1 in the UK and #3 in the US, and has become a staple in every Rolling Stone concert since. Here's a classic live performance by The Stones in Hyde Park, London, in the summer of '69.


Apologizes for the late notice, but don't forget to check this film out tonight! 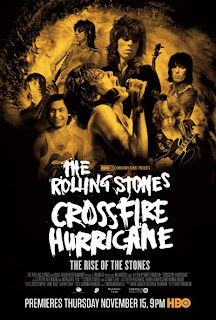