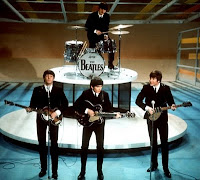 British Invasion: Part 1
From 1964 to 1966, rock 'n' roll, beat, and pop and rock musicians from the United Kingdom took America by storm in the British Invasion. Influenced by the rebellious tone and image of American rock and roll of the late 1950's, The Beatles were the first to lead the barrage after Beatlemania first began in the UK in 1963. Since my very first blog posts featured The Beatles' arrival in America (here), as well as their historic performance on The Ed Sullivan Show in 1964 (here), I'll just get to another classic performance on The Ed Sullivan Show the following year in 1965. Reaching the #1 spot on the charts and included as one of the 500 Greatest Songs of All Time, "Help!" was written by John Lennon about his stress after The Beatles' quick rise to fame, a literal cry out for help. Performing live, notice Lennon actually forgets some of the lyrics at about 1:00 into the video, but I doubt anyone really cares; it's a great tune! 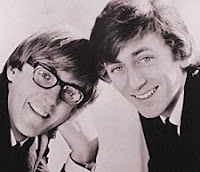 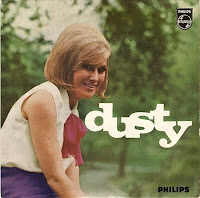 So we've just nicked the ice berg of the British Invasion, so stay tuned for the many, many British artists to come!
Posted by Leah at 6:53 AM